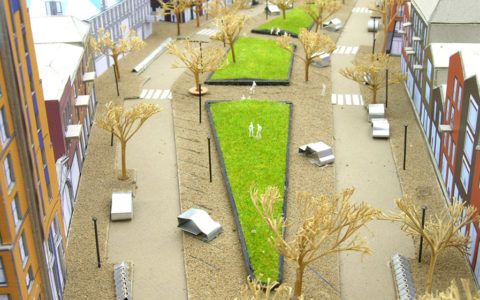 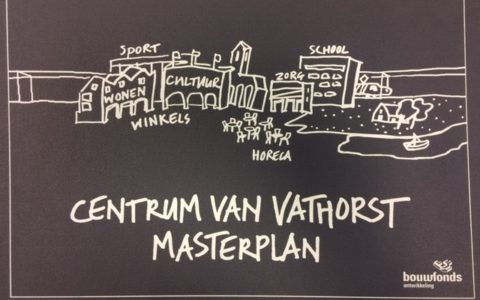 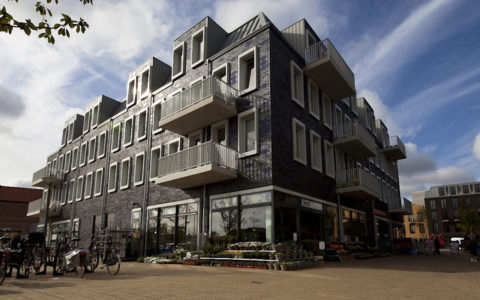 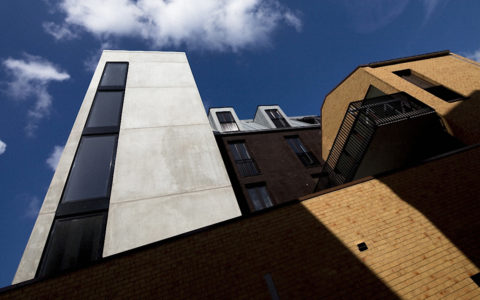 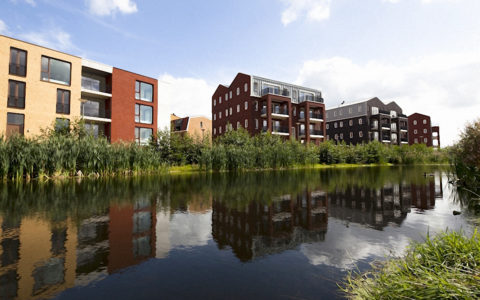 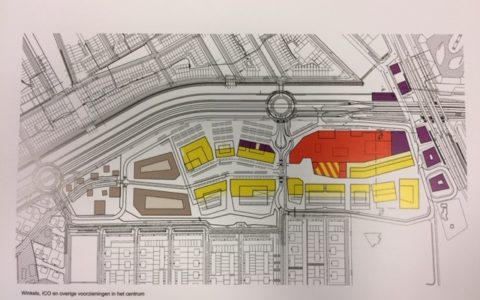 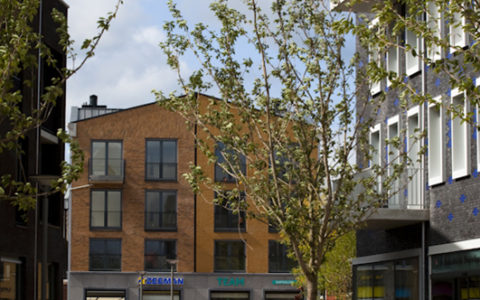 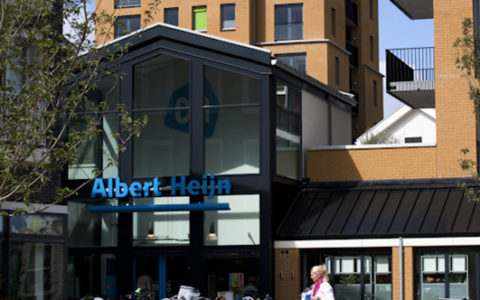 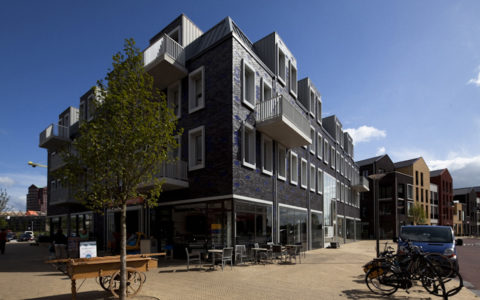 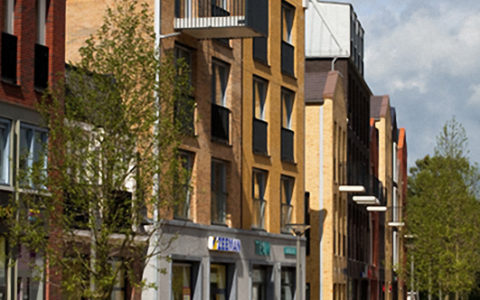 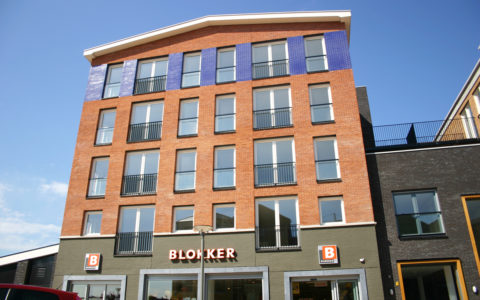 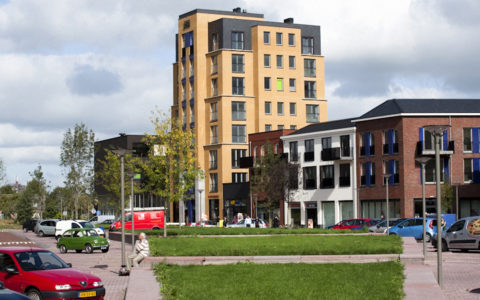 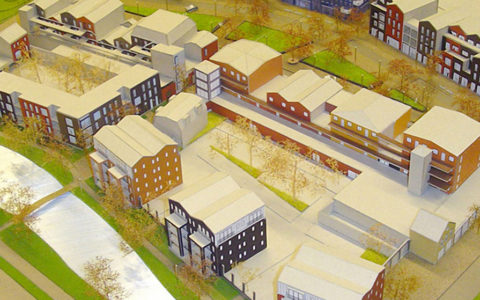 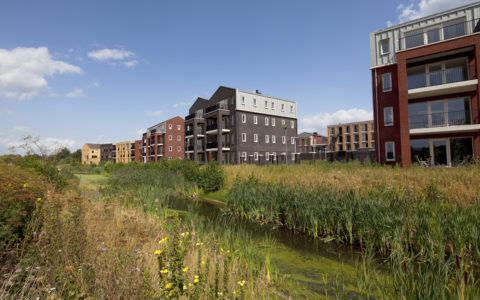 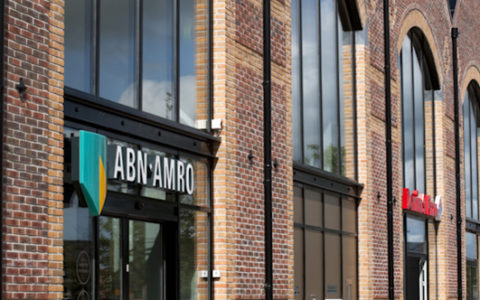 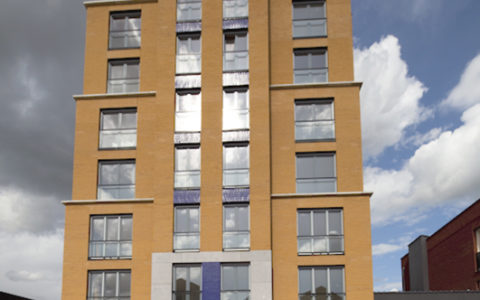 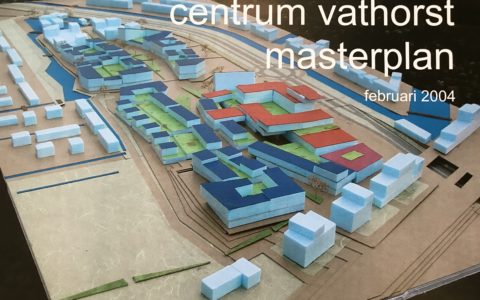 At the end of 2002, STABLE was commissioned by Bouwfonds to assess the current plan and design and adjust it where needed so that development could start on the shopping centre. It soon became clear to STABLE that Emilio Ambasz’s ambitious design was not optimal for the new city district and came with too many development risks. STABLE was given the impression that a city district of this size had to have a centre that the shops were really a part of, and not just another shopping centre. A centre for Vathorst that was attractive and accessible all week long, a place to meet people and with more functions than shopping alone, so that there would always be something going on and so it wouldn’t be a deserted place when the shops were closed. As both an introverted building housing municipal authorities and an NS train station were planned for next to the planned shopping centre, STABLE suggested integrating these functions more and adding extra housing. As there were also lots next to the planned shopping centre that did not yet have a direct allocation, STABLE suggested drawing up a master plan for the entire area.

STABLE worked closely with architectural firm Attika Architekten in Amsterdam and the developer Ontwikkelingsbedrijf Vathorst to start compiling a master plan for the centre of Vathorst, covering the entire district’s city centre area. They came up with a great, very flexible master plan with a large focus on integrating the different functions, allowing the range of shops/facilities to evolve along with the neighbourhood, structuring the public space and creating an attractive residential climate. This was combined with a proper and safe infrastructure in which cars also played an important role. Good parking, but in a green, attractive environment.

Then the master plan was approved by the City of Amersfoort, and immediately after that the developer Ontwikkelingsbedrijf Vathorst appointed an urban planning supervisor to ensure that the development and realisation of the various sections of the plan were carried out as outlined in the master plan. This is a process that will take at least until the end of 2020. It may perhaps take longer, as not all parts of the area covered by the master plan will have been developed yet.

Before Phase 1 of the Vathorst city district centre was realised, the shops and homes had already been sold to ASR Vastgoed.

The housing developments in the Vathorst city district were somewhat behind schedule and this also marked the start of the housing construction crisis, causing even more construction plans to be postponed. In short, the scenario STABLE worked out of the shopping centre evolving with the neighbourhood seemed to be a golden opportunity. Instead of building an 18,000m² shopping centre, they now decided to build a centre with a shop surface area of 8,550m² that perfectly aligned with the size of the Vathorst city district. In addition to the 8,550m² of shops, this also included 166 apartments/homes and STABLE was in charge of constructing the entire public space (450 parking spaces), including the public roads in the Vathorst city centre.

In addition to developing the centre, STABLE was also in charge of leasing all the shops (8,550m²). Leasing the homes was in the hands of third parties.

In 2009, Phase 1 was completed and 95% of the shops had already been leased in advance. A few big names include Albert Heijn, HEMA, ’t Kruidvat, Blokker and many fresh food businesses. Despite the crisis, Phase 1 of the Centre never had any substantial vacancies. The homes are also almost always leased 100%. This confirms yet again that the concept of Phase 1 has proven to be outstandingly successful.

The housing crisis had major consequences for the development of the centre of Vathorst. The plans for Phase 2: an ICOON group, comprising a school, library, theatre, gymnasium and various hospitality establishments, the 10,000m² shop expansion and over 100 homes, were seen in a completely different light than before.

Luckily, construction on the ICOON group was able to start - a development of the City of Amersfoort.  STABLE then came up with an alternative to the master plan that enabled part of Phase 2 to be developed. The new plan for Phase 2 of the centre of Vathorst comprised 3,500m² of shops, 23 apartments and 100 parking spaces. Unfortunately, the City of Amersfoort changed the traffic policy from the original traffic plans, which the design of the master plan was based on. The result was that the road between Phase 1 and Phase 2 was given a different profile and was used for traffic much more intensively. Nevertheless, the transition from Phase 1 to Phase 2 was structured in such a way as to allow everything to run smoothly. Despite the crisis, over 80% of the shops were leased by STABLE to parties including JUMBO. In 2013, Phase 2 was completed and delivered to ASR Vastgoed.

As Phase 2 deviated a bit from the master plan, STABLE worked closely with Attika Architekten to work out a new concept plan for Phase 3. Phase 3 was about coordinating with the NS train station and the development of a block of buildings right next to ICOON (multifunctional building). Due to the crisis, some changes were then made within BPD and ASR Vastgoed, and as a result STABLE was no longer able to also develop the concept plan for Phase 3. Lidl Vastgoed was then in charge of the development of Phase 3, but it was executed following the concept of STABLE.

Other subregions in Centrum Vathorst
A large number of subregions have now been developed following the master plan. As a result, the centre now has many more functions. A church, a primary school, offices, services and medical facilities. The goal of the master plan was to create an attractive centre for the Vathorst city district with room for a bustling centre with its variety of functions in a beautiful, rurally designed whole with well-coordinated architecture. Looking at the centre of Vathorst today will show you that what the master plan strove to achieve has become a reality: a centre that is truly the heart of the city district, one which is ready to continue fulfilling its important role in Vathorst society.